Resources to be ready 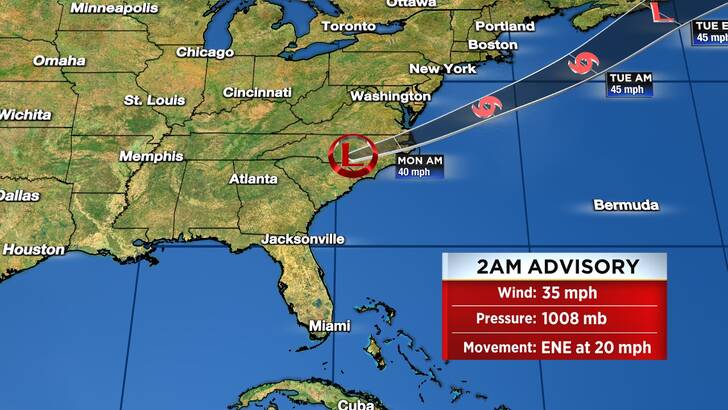 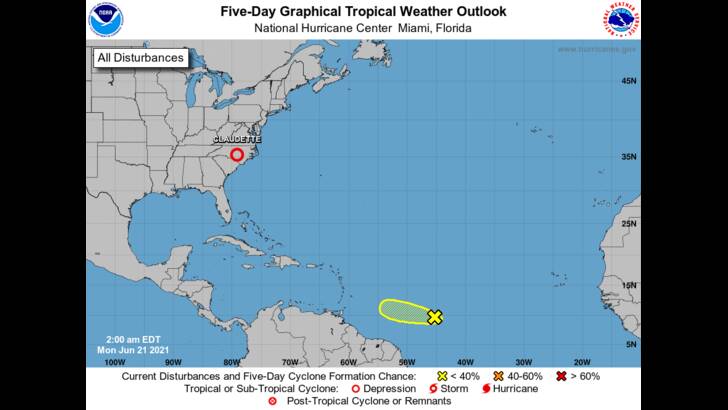 For the North Atlantic, Caribbean Sea and the Gulf of Mexico:

A tropical wave located about 1000 miles east of the Windward Islands is producing a small area of thunderstorm activity. This system has a slight chance of development during the next couple of days before upper-level winds become less conducive for further organization by Thursday. The wave is expected to move westward at 10 to 15 mph. * Formation chance through 48 hours, low, 10 percent. * Formation chance through 5 days, low, 10 percent. 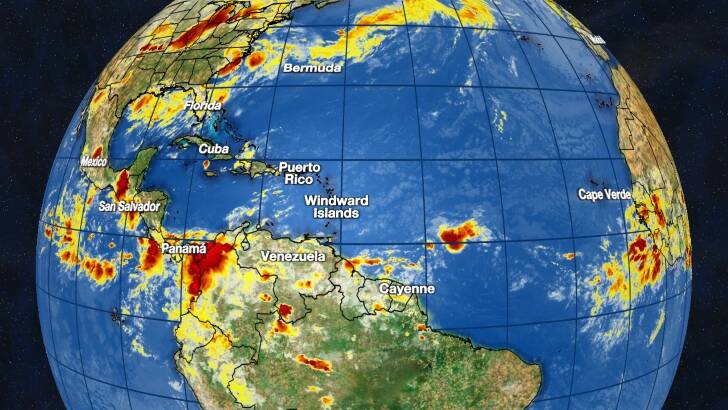 The center of Tropical Depression Claudette, at 21/0300 UTC, is inland near 34.7N 80.4W. CLAUDETTE is moving toward the ENE, 70 degrees, 17 knots. The estimated minimum central pressure is 1008 mb. The maximum sustained wind speeds are 30 knots with gusts to 40 knots. CLAUDETTE is about 56 nm/100 km to the NE of Columbia in South Carolina, and about 130 nm/240 km to the WNW of Cape Fear in North Carolina. Precipitation: scattered strong is in the coastal plains and in the coastal waters of South Carolina, from 75 nm to 170 nm off the coast of North Carolina, and within 100 nm of the coast of Florida from 27N to 29N. CLAUDETTE is expected to regain tropical storm strength before reaching the coast. Please, refer to the latest watches and warnings that are issued by the National Hurricane Center, at www.hurricanes.gov, for more details.

An Atlantic Ocean tropical wave is along 43W/44W from 14N southward, moving W 10 knots. Precipitation: widely scattered to scattered moderate and isolated to widely moderate strong is within 400 nm to the west of the tropical wave from 09N to 12N.

The monsoon trough passes through the coastal areas of Sierra Leone near 09N13W, to 08N20W, 07N30W, and 07N39W. The ITCZ is along 06N/07N between 45W and 55W, at the coast Suriname. Precipitation: isolated moderate to locally strong is from the monsoon trough southward between 20W and 40W, and from 10N southward from 50W westward.

An east-to-west oriented surface ridge is along 25N/26N in the Gulf of Mexico.

Precipitation: scattered strong is within 120 nm of the Texas coast between 93W and 96W. Broken to overcast multilayered clouds, and possibly remaining and dissipating rainshowers, are from 24N northward from 93W eastward. It is possible that the clouds and rainshowers may be related to precipitation that is around the periphery of T.D. Claudette.

A NW-to-SE oriented diurnal surface trough is inland in Mexico, passing through 22N100W, to the northern edge of the Isthmus of Tehuantepec of southern Mexico, to 19N90W. Precipitation: numerous strong is inland in Mexico from 20N to the surface trough between 99W and 101W, and in the easternmost part of the Isthmus of Tehuantepec between Guatemala and 93W.

Tropical Depression Claudette should continue to move across parts of the southeastern U.S. Through tonight, and move over the coast of North Carolina into the western Atlantic Ocean on Monday. An area of fresh to strong S to SW winds is still noted in the north central Gulf of Mexico, in association with an outer band of Claudette. A ridge will dominate the Gulf of Mexico waters during the next several days. Pulsing fresh E to SE winds are expected each night into the early morning hours, to the NW of the Yucatan Peninsula, through Thursday night.

A dissipating cold front is along 31N/32N between 13W and 25W. Precipitation: any clouds and precipitation are to the north of the frontal boundary.

A ridge will dominate the area during the next several days. Fresh to strong S to SW winds are expected to develop in the waters N of 30N tonight and Monday, due to the pressure gradient between Claudette, that is forecast to move into the western Atlantic Ocean on Monday, and the Atlantic Ocean high pressure. Fresh to locally strong winds are expected to pulse at night in the Hispaniola adjacent waters, including in the approaches to the Windward Passage through Friday. 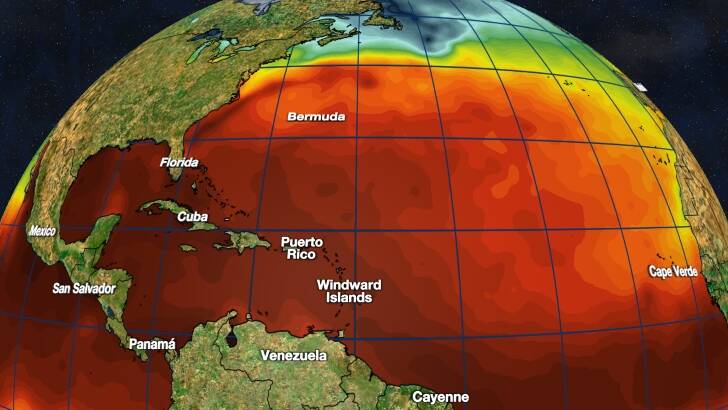 After an active afternoon we’re starting to slowly dry out this evening. The storms that do develop tonight will most likely set up across southeast Georgia.

Those storms will have the potential to become severe with strong winds, heavy rainfall, lightning and isolated tornadoes possible.

We’ll dry out overnight with lows mild in the mid to low 70s. With a tropical air mass just off to our northwest, we’ll feel the humidity that’s for sure.

Scattered showers and highs in the upper 80s low 90s will follow us into the workweek.

Below shows how wet we have been and if you are heading to the beach, be alert to “thunder roaring”.